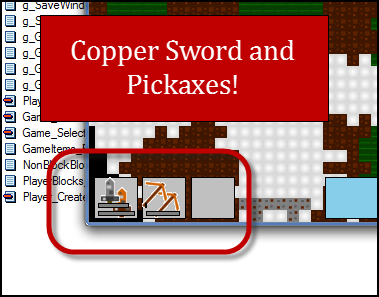 World Select
* (Fix) Filter on the worlds was missing, so they all showed (regardless of which Player created them).

Game Data/Resources
* (Update) BIG BIG BIG. There is a game data file that contains the Audio files, and Recipes (and much more as we go onwards). This enables me to ship out resources without having images and other files just sitting there on your machine in folders. Images are stored in the exe itself.

Sentients
* (Change) Overall increases in difficulty for Jotun, Demiwere and Bad Snails. Increased numbers for all enemy mobs. All enemy mobs have had their from and to “levels” increased a little, mostly the “to” increased.

Harvesting
* (Fix) When working out how much density to remove from the block, the code had been using the default power values for the tool, rather than the power value of the tool itself.
* (Update) You can no longer harvest a chest with items in it.

Waypoints
* (Add) When you discover a Waypoint, you get experience!

Terrain
* (Update) “Hurt” sound will play when a Player steps on Lava.
* (Update) The amount of health that Lava periodically (quickly!) takes from a Player is increased from 10 to 15.
* (Change) When generating a new world, the Lava is now placed BEFORE the Ores.
* (Add) Chests are now randomly spawned into the Desert biome. They can possibly contain Coins, Blocks, Tools and Weapons. 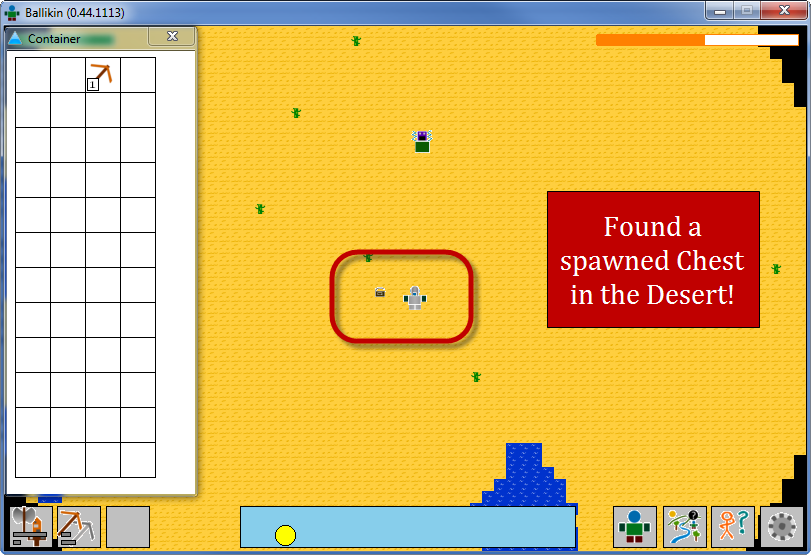 Chest Spawning in the Desert!

Saving
* (Fix) When saving the Inventory, if the item was of type “Tool”, the code at one point used temp_Armor instead of temp_Tool. Bad code!

Loading
* (Fix) Doors and Campfires would not load on the second “load” after they had been placed.
* (Fix) Only one Chest would ever load (even if there were multiple chests in the world).

Picking Up Items
* (Add) When you pick up items, a message shows you what you picked up.

Starting
* (Update) Load window shown for the loading in of the player and world files (before the “Player” and “World” are chosen).

Showing Sentient Names
* (Add) When you press “X” (show items), it also shows you the names of any Sentients around. 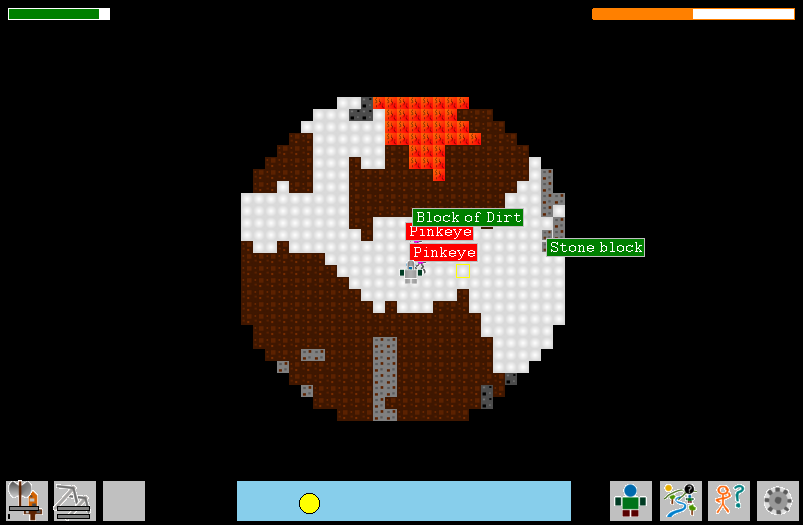